New Year's in Copenhagen equals fireworks, jumping off of chairs, champagne and quality time spent with loved ones. We've put together all you need to know to celebrate the beginning of a new year in Copenhagen.

Each city has its own New Year's traditions. In New York City the ball drops, and in London, the Coca-Cola London Eye is covered in an explosion of fireworks. In Copenhagen, the main New Year's attraction takes place in the City Hall Square. Thousands of Copenhageners venture towards the square to ring in the New Year with the rest of the city, and the people that aren't there, are most likely live-streaming the happenings from the warmth of their living rooms. Everyone has their eyes set on the City Hall Tower Clock, and once the clock hands turn to midnight, fireworks light up the sky.

The most important part

The New Year's Eve dinner is a central part of every Copenhageners celebration of entering a new year. And so is the party that follows the mouth-watering dinner. In case you don't know where to go, check out these two guides.

Where to eat on New Year's Eve in Copenhagen

Many Copenhagen restaurants are open on New Year's Eve with special menus and late opening hours so you can end the year on a high note and kick off a new decade in style. 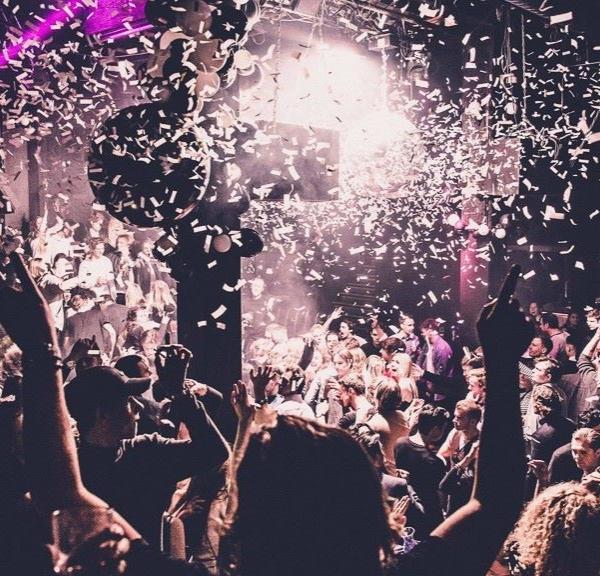 Where to party on New Year's Eve in Copenhagen

The number one Copenhagen New Year's tradition just might be the extravaganza of fireworks. Get out in the streets and feel the celebratory vibes at these three firework hotspots in Copenhagen, but make sure to take the precaution of wearing safety glasses, just in case. These can be bought at most supermarkets in the city. 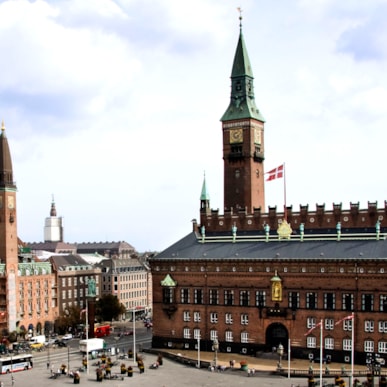 The City Hall Square is one of the main squares in Copenhagen. This is where the famous shopping street, Strøget, begins. And its the place of many celebrations from sport to music. 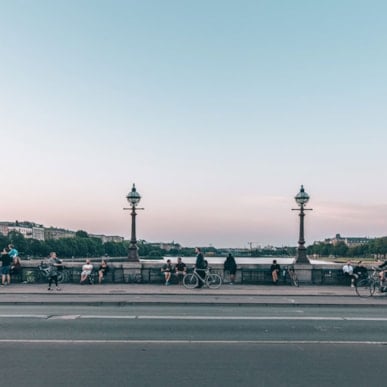 Dronning Louise's Bro (Queen Louise's Bridge) connects inner Copenhagen and Nørrebro and is one of the busiest bike highways in Copenhagen. However, the bridge has also become a very popular hangout spot for the locals. 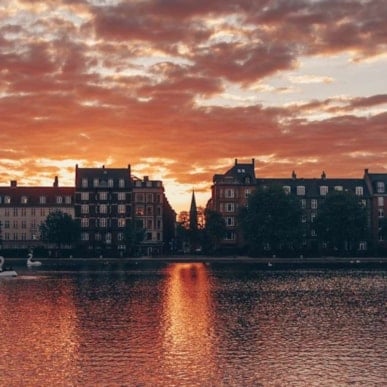 The minute the sun comes out, the vast area around the lakes fills up with strolling couples, panting joggers, brunch devotees, kids feeding the ducks, and best friends sipping thermos coffee while taking in the best views of the city.Do an early morning jog on the paths surrounding the ...

When New Year's comes around, Danes get ready to wave bye-bye to the year that's passed, and they often do so wearing silly hats or bibs. If you want to join in on the fun you can find yourself some perfect New Year's gear at most supermarkets in Copenhagen.

When the clock turns to 18:00 a whole lot of Danes turn their face towards their television. This is when the Queen of Denmark gives her yearly New Year's speech to the Danish people. A speech that is live-streamed from Amalienborg. This has been a tradition for the monarch since 1941, but back then the speech was transmitted on the radio.

On this specific day, the Danes like to make a lot of noise. Firecrackers, poppers, fireworks, bullhorns and champagne bottles popping. If it's noisy, it's welcome to join the New Year's table. This tradition stems from back in the days when farmers thought that noise would scare off evil spirits. Back then it was common knowledge that they were very active around the holidays, so that's why all of the noise had to be made on New Year's eve. Danes are no longer scared of evil spirits, but they still like their New Year's noise.

When midnight comes around and the Danes say hello to the new year, they do so by jumping into it. The jump can take place from a table, chair, couch or any other remedy that's raised above the ground. This is something the Danes have been doing for the last 60 years or so, and they do it to avoid stepping into the space between the old and the new year.

Day time activities on New Year's and on January 1

On 31 December, the majority of stores and attractions are closed, but there's still lots to do and see in the city. How about getting some fresh air, going for a long walk and, exploring Copenhagen's architectural masterpieces? Tivoli, The National Museum of Denmark and ZOO are open as well. 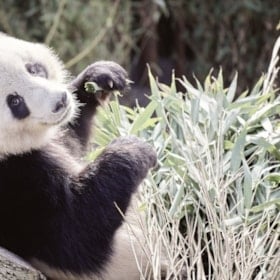 With more than 4,000 animals from all over the world, Copenhagen ZOO is one of Denmark's most visited attractions. 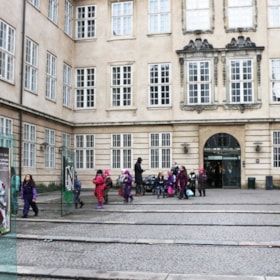 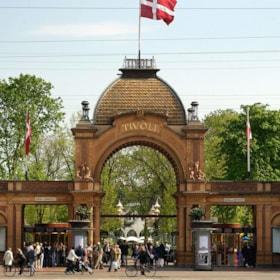 Magical Tivoli Gardens is Copenhagen's central theme park. And one of the oldest in the world. 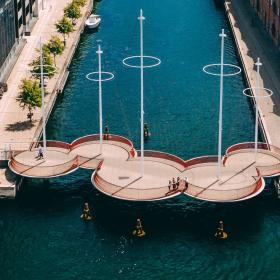 Bold urban planning and world-class architecture is shooting up in Copenhagen these years.

Looking for more inspiration for your trip?

Check out this guide to winter in Copenhagen.